Paneer and Biryani are two words that can make anyone’s mouth water. Put them together and you have a divine amalgamation of the lightest, most flavourful rice with creamy paneer. Biryani is known mostly as a South Asian dish and comprises layers of rice, either meat or vegetables and plenty of spices. It is an entire meal in itself but can also be eaten with other curries and yogurt dips.

To find out what Hayley thought of our copper tri ply pans and lots of tips to help create this Paneer Tikka Biryani dish click here.

Normal basmati rice can be used instead of sella basmati rice.
Marinated paneer can be shallow fried in a pan over the stovetop before making paneer tikka masala.
You can ‘DUM’ biryani on a stovetop instead of baking it in the oven. For this method, put the pot on a direct flame, and keep the heat on a medium flame then lower it down totally and let the biryani cook for another 10 minutes. 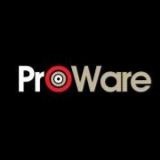