Following the success of the Copper Tri-Ply and Copper Base ranges, and with the growing popularity of induction cooking we decided to put our heads together and develop a range that could be used with all hob types to make ProWare accessible to all. The Stainless Steel Tri-Ply range was what we came up with and we couldn’t be happier with it.

Su Sutton, from esteemed bespoke kitchen maker My Father’s Heart, estimates that induction hobs account for around 90% of their hob-top sales. This is frankly an astonishing figure. So what has prompted this sudden surge in popularity? Let’s find out.

Where did it all start?

Much earlier than you may think with the first patents outlining the principle of induction cooking dating back to 1909. Following some exposure at technology fairs in the 1950’s, induction hobs as we know them today were the result of work carried out at the Westinghouse Electric Corporation Research and Development Centre near Pittsburgh, Pennsylvania in the early 1970’s.  The first commercially available induction hob was Westinghouse’s Cool Top 2, launched in 1973 priced at $1500 ($8260 in 2017 dollars).

How does it work?

Conventional hobs work using thermal convection. In other words they use a heat source, whether it be with a gas flame, a radiant ring or a halogen filament to heat up your pots and pans.

Induction hobs work slightly differently. Instead they use magnetic induction to directly heat the vessel in which you are cooking. An alternating electric current is passed through a coil of copper wire located within the hob beneath your pot (1). This creates an oscillating magnetic field (2) which produces eddy currents within the pot. The pot’s resistance against these currents is what causes it to heat (3).

Perhaps the main attraction to a society that is becoming increasingly aware of energy consumption and it’s environmental impact is efficiency. Test carried out by the US Department of Energy found induction cooking to have an average of efficiency of around 75%, compared with 70% for electric coil and 44% for gas (read more here). This can be largely attributed to the significantly higher ambient loss attained with cooking methods that use a flame or heating element; compared to induction, which heats the pot directly.

Safety is another factor which falls in its favour. The absence of a direct heat source is of great appeal to families with young children, or for that matter, absent minded adults. Of course your pots and pans will get hot during cooking (that’s the whole point) but the hob-top itself does not emit heat. It will warm up due to heat transfer from your hot pan so caution is still recommended but it doesn’t pose the same risks as a naked flame or hot plate. In fact, Raymond Baxter once demonstrated on the BBC series Tomorrow’s World, that it was possible to cook through a slab of ice (don’t try this at home!).

In addition, many induction hobs are a single flat piece of glass. This means food being burnt on or getting stuck in nooks and crannies doesn’t really happen, so keeping them clean is a doddle. Also, being aesthetically very neat they appeal to those with contemporary tastes.

Are they still expensive?

Yes and no. If you are thinking of installing an induction hob in your new kitchen, it’s true that an entry level one will set you back around double that of the equivalent gas hob. This difference becomes less defined as you increase in spec level. The disparity in initial outlay may not sit well with your wallet, but you may notice benefits in the long run thanks to the increased efficiency of induction. Generally speaking however, they have reduced in price significantly since their introduction. You can get small portable hobs for as little as £30.

Another factor to take in to consideration is whether the cookware you have (or want) is induction compatible. If it isn’t, this will be an added expense in making the transition, which brings us on to our next point.

Are there any drawbacks?

A reliance on magnetism to heat your pans means that almost all induction hobs require the cooking vessel to be made of (or at least contain) a ferromagnetic metal such as cast iron or some stainless steels. Cookware made of copper, glass, non-magnetic stainless steels or aluminium does therefore not work on an induction hob. There are ways around this with the availability of discs that you place on your hob allowing it to function as a conventional hot plate, on which non magnetic cookware can be used. You will, however, forfeit the efficiency gained by opting for induction.

Induction hobs can be noisy. The source of this noise is two fold – it can be generated by the cooling fans housed withing the hob itself; they can also produce an audible electromagnetic noise as a result of cookware being exposed to a high magnetic field. This normally manifests itself as a humming or buzzing but most users find this to be minor and something grown quickly accustomed to.

What is next for induction?

It would be fair to say that thanks to their efficiency, cleanliness and good looks, induction hobs are here to stay. We asked Su her thoughts on the future of induction and where she sees it going in coming years;

“Leading the way now in terms of induction is downdraft.”

Downdraft refers to a type of extraction system that draws air down and out as opposed to the conventional hoods which draw it up and out.

“BORA is our best-selling hob-top brand with internal extraction within the induction cook-top. They are a relatively new company – being only about 8 years old – but they have changed the way people think about extraction and offer several different models of induction cook-tops that are well-engineered and designed.  They are, definitely, one to watch.”

This revolutionary technology doesn’t come cheap with prices starting around £3,000. It does however give us a glimpse of how we all may be cooking in years to come. 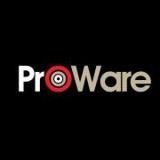